One in enterprise short while ago
Top

I know d fella fadda and d fadda himself said: "It was ah execution. Doh mind everybody know he was no saint".
Top

Person only identified as Pest shot and killed in st.barbs last night
Top

good job TTPS sanitize them all like d cockroaches they are.
Top

Small Business/House just got Robbed in Rochard Road, Penal by 3 Masked Gun Men. Suspects got away in a White Versa PDZ 2137. Please be Alert & on the Look out.
Top

Understood he was killed by the police and mummy was not too happy.

Maybe she was happy with the licks her son gave her and his sister. 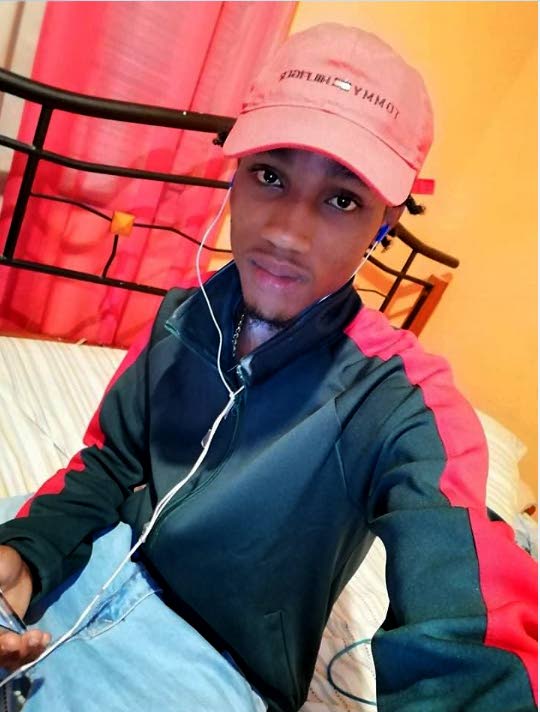 The mother of the 23-year-old Morvant man who was shot dead by police a week ago is hopeful an investigation by the Police Complaints Authority (PCA) will unravel the true account of how he was killed.

Janelle Hutchinson-Huggins was called to identify her son's body at the Forensic Science Centre on Friday to pave the way for an autopsy on June 1.

A police report said North Eastern Division officers went to an apartment building at Almond Court, Lady Young Road, Morvant around 2.20 am and were confronted by Jonathan Huggins.

The report said Huggins was seen in a bedroom and told to surrender. Instead, he pointed a gun at the officers, who then shot him. He was taken to the Eric Williams Medical Sciences Complex, where he was declared dead on arrival.

However, family and neighbours told his mother another story. In their version, Huggins was unarmed and not aggressive.

Hutchinson-Huggins told Newsday her son had been living a life of crime for years. He had several convictions for assault and robbery and had several cases pending, including shooting with intent, possession of a firearm, and possession of ammunition.

She said that night, after 2 am, Huggins got a call from a neighbour saying a black X-Trail with no licence plate had driven up to the building, so he hid at the side of a built-in wardrobe and was wedged between the wardrobe and a wall. 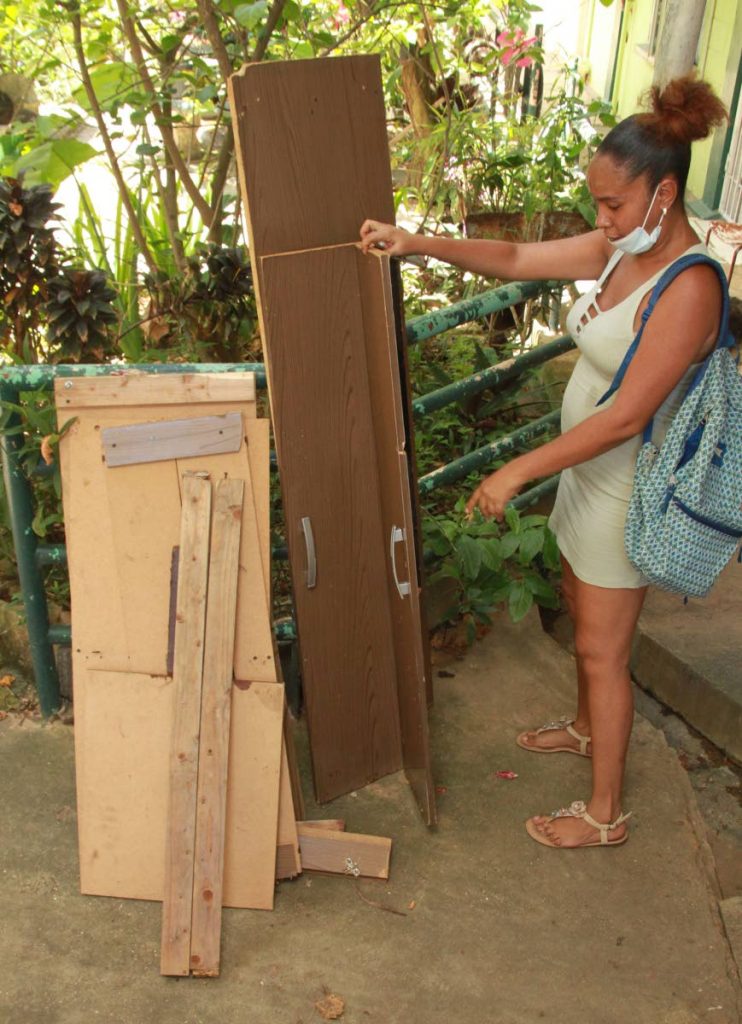 Janelle Hutchinson-Huggins shows the blood-stained wardrobe outside her Morvant apartment on Friday. - Photo by Roger Jacob

She claimed her son was on a video call with his girlfriend in the US who reported that Huggins was pleading with the police before they shot him.

Deputy director of the PCA Michelle Solomon-Baksh told Newsday the authority initiated an investigation on the day of the shooting and had already contacted Huggins's relatives.

Hutchinson-Huggins said the PCA had already interviewed the girlfriend but had yet to interview her other son or herself.

She moved her children out of the home after the shooting, so she was certain a PCA investigator had not yet processed the scene.

She questioned why it was taking so long to do an autopsy, as there was no confusion when another son, Joel Huggins, 16, was shot and killed in October 2016.

Joel, a student of Success Laventille, had heard someone call out at the front of their Almond Court home. He was shot three times in the chest and once in the head.

We will put you down.
Top

No details yet but if you decide to bet, high chance you would win.
Top

We will put you down.

There were two other gun toters present . Not only the shop keeper. Go back to first gear.
Top

I have a baseball bat marked "you can't breathe".
Does that count?
Top

No details yet but if you decide to bet, high chance you would win.

Heard he was a popular artiste....shrugs shoulders

^^^ his family must be proud
Top

zoom rader wrote:^^^ his family must be proud

zoom rader wrote:^^^ his family must be proud

Smelling that toe jam from here…. 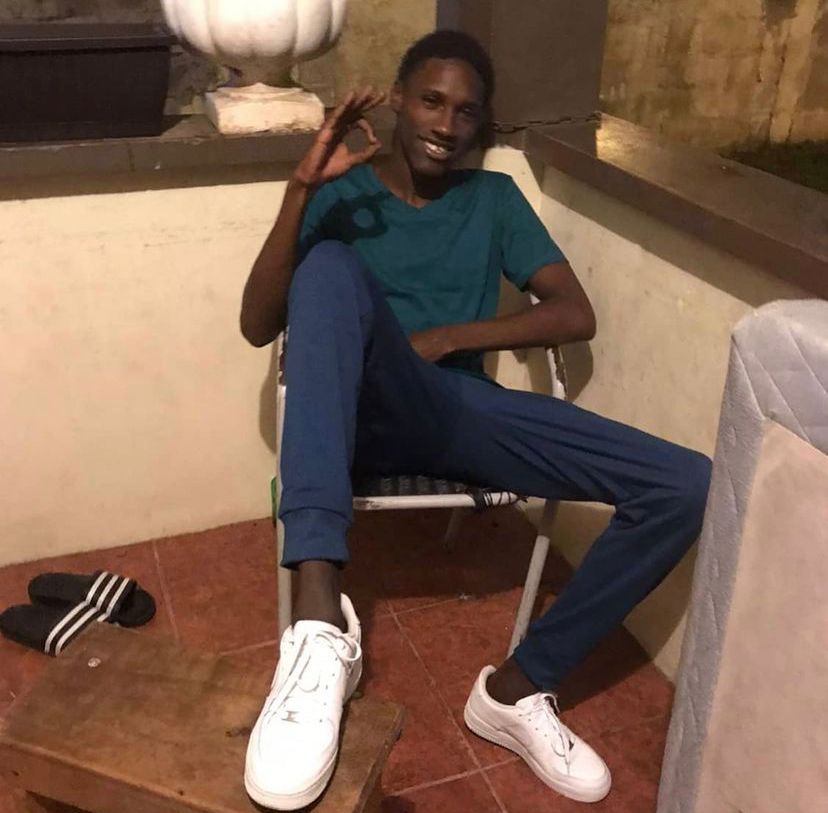 Back during the Belcon situation someone had posted an older pic/collage with a member of a violent child raping gang posing with "his new jewelry" which was stolen from the all the locations they went to rape in.
So fellas like this, robbing people of their chit and using the same stolen chit to sing on radio how "they reach". So all these clowns are posers then?

What about the mart owner and family, were they injured in any way?
And also what was the ethnicity of the grocery owner? I am hearing it was a Chinese.
Top 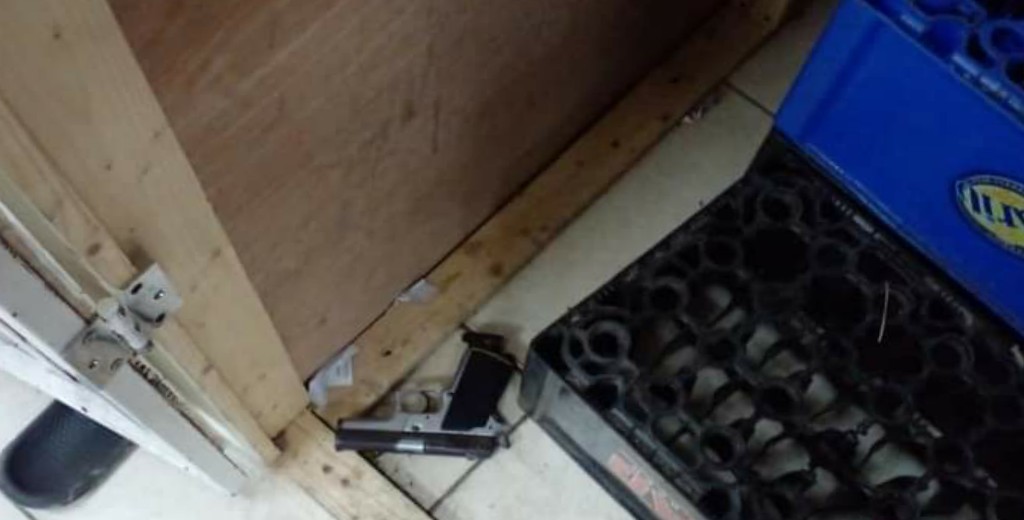 An alleged bandit was shot dead by a security guard during an attempted robbery at a supermarket in Ste Madeleine on Friday evening.

According to police reports, around 6:58pm a precepted officer employed with Travtec Security Services Limited was on duty at Fu Jian Supermarket situated at Manahambre Road, Ste Madeleine, when two armed suspects entered and announced a hold up.

The officer, who felt his life was in imminent danger, shot at the suspects.

One of the suspects was hit, while the other fled the scene.

A firearm was recovered.

In before the bandit lives matter crew.
We need lynch mobs to deal with these pests.
Top

he was a good boy
Top

Both died...bar owner in hospital as well
Top

Bun them all
Top