Musk suggested it could come at a steep price. The CEO floated the idea of a figure somewhere around US$100 and US$300.

That means, all in all, Starlink could launch for somewhere around the US$80 per month mark, plus an extra US$100 to US$300 for installation costs.


^ Is that pricing world wide or US pricing? any info on bandwidth? that would be $544 TT, currently Digicel charges $300 TT for 50mb.

If Starlink is giving 100mb for that price it would be attractive, but Musk indicates latency is what he is banking on.

I am most curious about latency from Trinidad to Miami, judging from everything I read we should go from 100ms on something like Flow to 30ms on something like Starlink. It is mainly due to flow having exceptionally poor international routing, Musk says it will just need a few hops to reach most major data centers in the world basically bringing the latency down to the speed of light. I don't think US citizens are going to see any improvement in latency, same for Japan but crossing poorly routed regions like South America and Caribbean to NA or Europe we should see huge improvements.

The way Starlink is setup I can only assume they just use their own satellites for most of the hops which could mean just a few hops from Trinidad to Germany. Assuming it is a direct P2P and not going through any data center. Just imaging gaming with someone from Brazil with just a single hop, no more routing to Miami, then all the way to Mexico then to Brazil getting crazy ass 250ms ping and sh!t just to connect with someone literally next door to us.
Top

This is music to my ears ... I watched the launch this morning ... Cant wait to get out from under the thumbs of the jokey ISPs we got in the Caribbean.

SpaceX's COO said that they needed 6-8 launches for service to Canada and USA and 24 for International coverage with additional ones for increased capacity. https://spacenews.com/spacex-plans-to-start-offering-starlink-broadband-services-in-2020/. Each launch consists of 60 satellites and it was inferred that per satellite costs was already below 500k https://www.teslarati.com/spacex-starlink-satellite-launch-second-announcement/. Each satellite has a lifespan of 5 years so given all the information discussed here, it will cost SpaceX 240 million to launch enough satellites to service North America every 5 years. If they charge $80 per customer, they need 50000 customers to break even. In reality, the costs will be much more when you factor in the costs for the ground stations, training and hiring service reps, peering agreements with ISP etc.
On the other hand, it is expected that the cost of these launches will go down over time with Starship which is a fully re-usable rocket capable of taking 180 satellites per launch for much less (5 million was the figure thrown around).

OneWeb is another player in this market but given the money they are paying Roscosmos for their launches on the Soyuz, there is no way they will be competitive with Starlink.

As for the bandwidth that Starlink will offer, MIT researchers peg it to 23.7Tbps with 123 ground stations and 4425 satellites. You can read more about it here http://www.mit.edu/~portillo/files/Comp ... slides.pdf
Top

paid_influencer wrote:those in charge of who? this system will be literally over their head

while Trinidad is corrupt as hell, I don't see anyone stopping the future. I mean this thing in low orbit space, unless TATT plans on shooting it down with a missile they can only do very little in stopping this.

Let us say they try everything in their powers to not grant Musk any license, all you gonna need is a credit card and a satellite dish.

The only hard part is gonna be to get the dish, but knowing Trinidad it is gonna be pretty easy to get this. Eventually those in power will be voted out and a promise from a new government in granting licenses.

Also there is the part where this new system is so far ahead, that if Trinidad doesn't allow it we will just be held back economically and technologically while the rest of the world beats us. Hard to believe any government would be that stupid and even if they are, there will be ways to get this.

no matter how many times i watch these, it always amazes me. the split second timing of the software and actions, and no long delays,,,, its just efficiency and economy at its most awesome

Musk is about to get some competition.

they cant beat back musk's economies of scale. while they all will have to develop one off prototype parts, systems and vehicles, he using off the shelf parts and systems, reconfigured to make his vehicles. the warehouse he making to make the starship/superheavies, will make is production cost spread amongst multiple vehicles.
Top

when it reaching trinidad?
Top 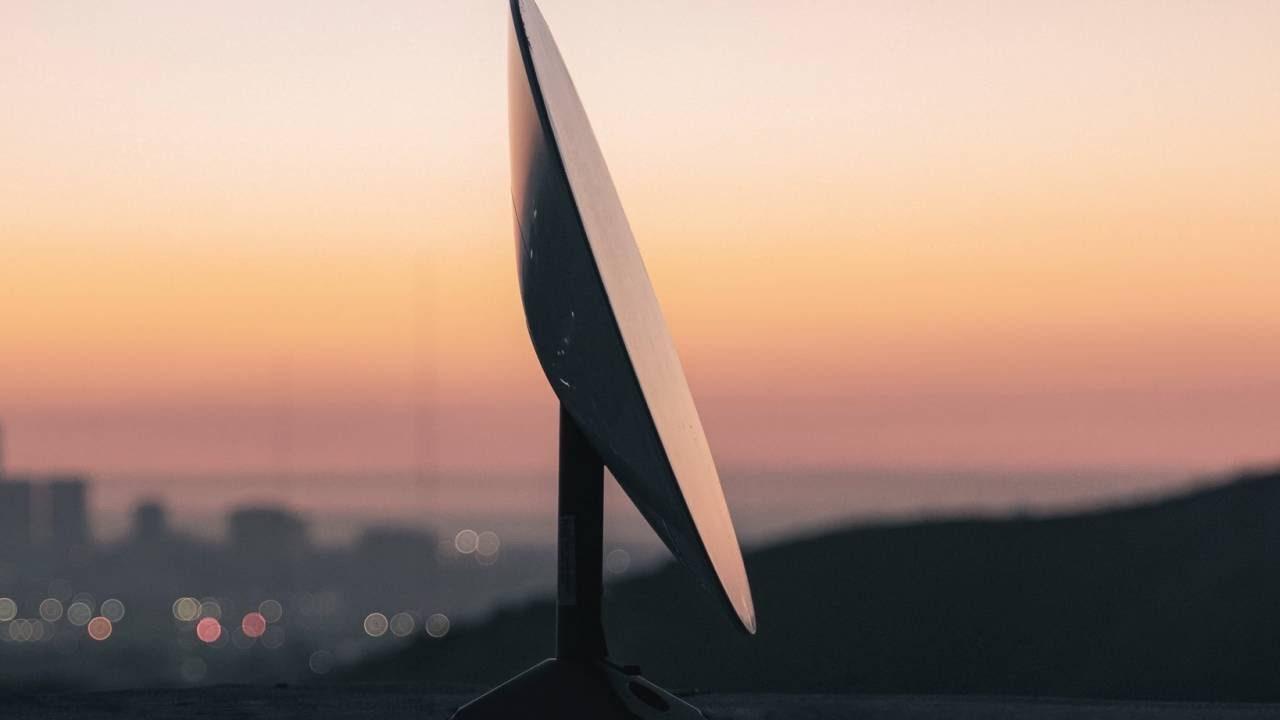 You need the dish antenna (motorized auto-aligning) and a subscription modem.
Top

Better get your dish and modem early, expect epic beat up from local isp when ppl start migrating from their sheit service in masses and govt bans the dishes
Top

SpaceX is expanding the beta test of its Starlink satellite internet service, reaching out via email on Monday to people who expressed interest in signing up for the service.

Known as the “Better Than Nothing Beta” test, according to multiple screenshots of the email seen by CNBC, initial Starlink service is priced at $99 USD a month – plus a $499 USD upfront cost to order the Starlink Kit.

That kit includes a user terminal to connect to the satellites, a mounting tripod and a wifi router.

“Expect to see data speeds vary from 50Mb/s to 150Mb/s and latency from 20ms to 40ms over the next several months as we enhance the Starlink system. There will also be brief periods of no connectivity at all.” 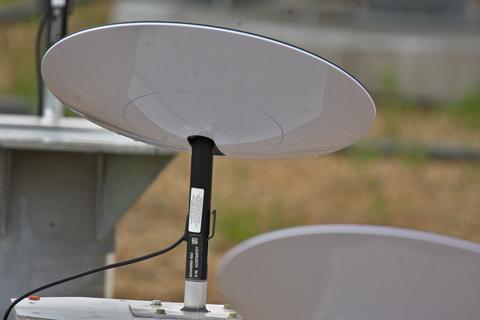 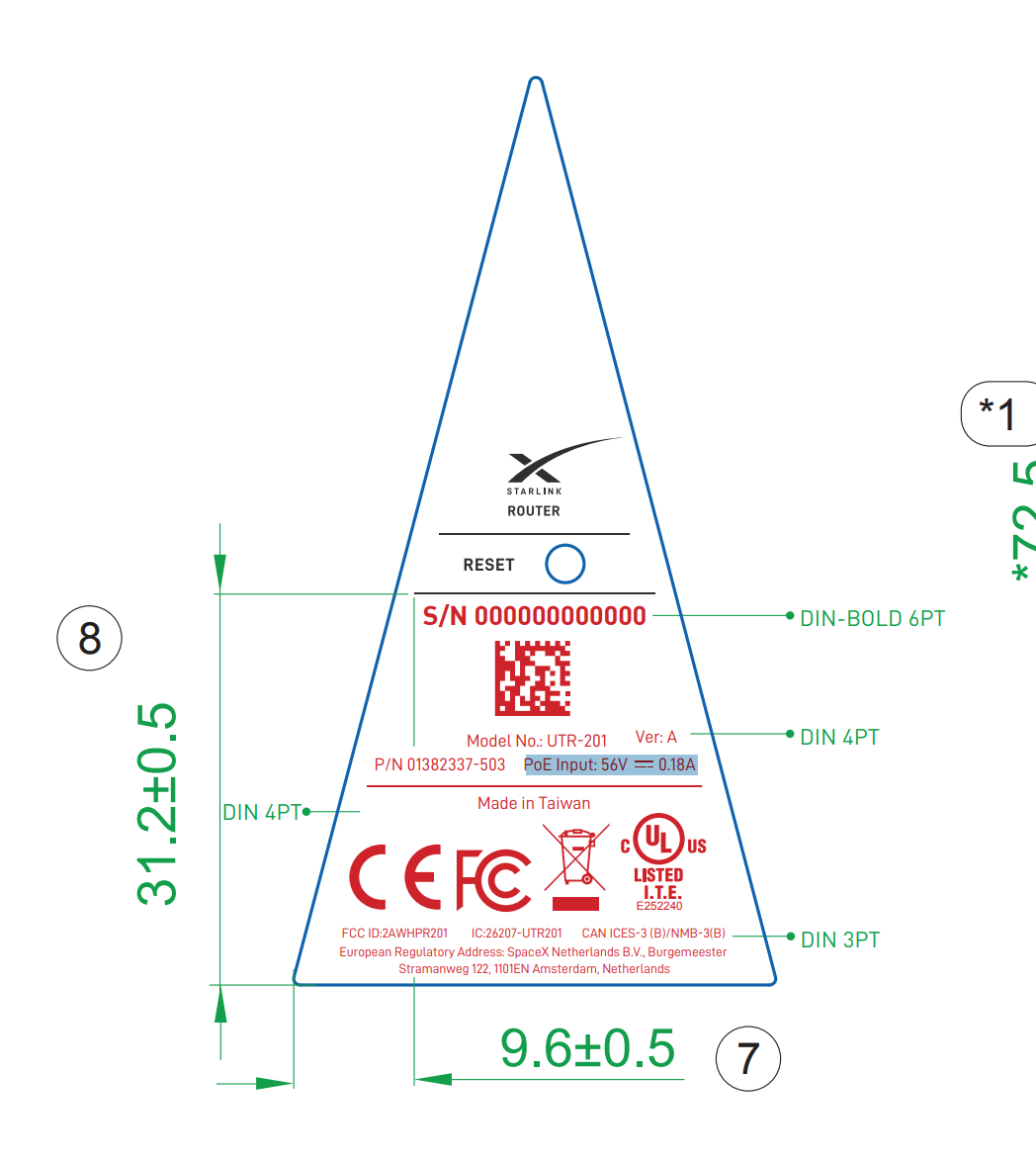 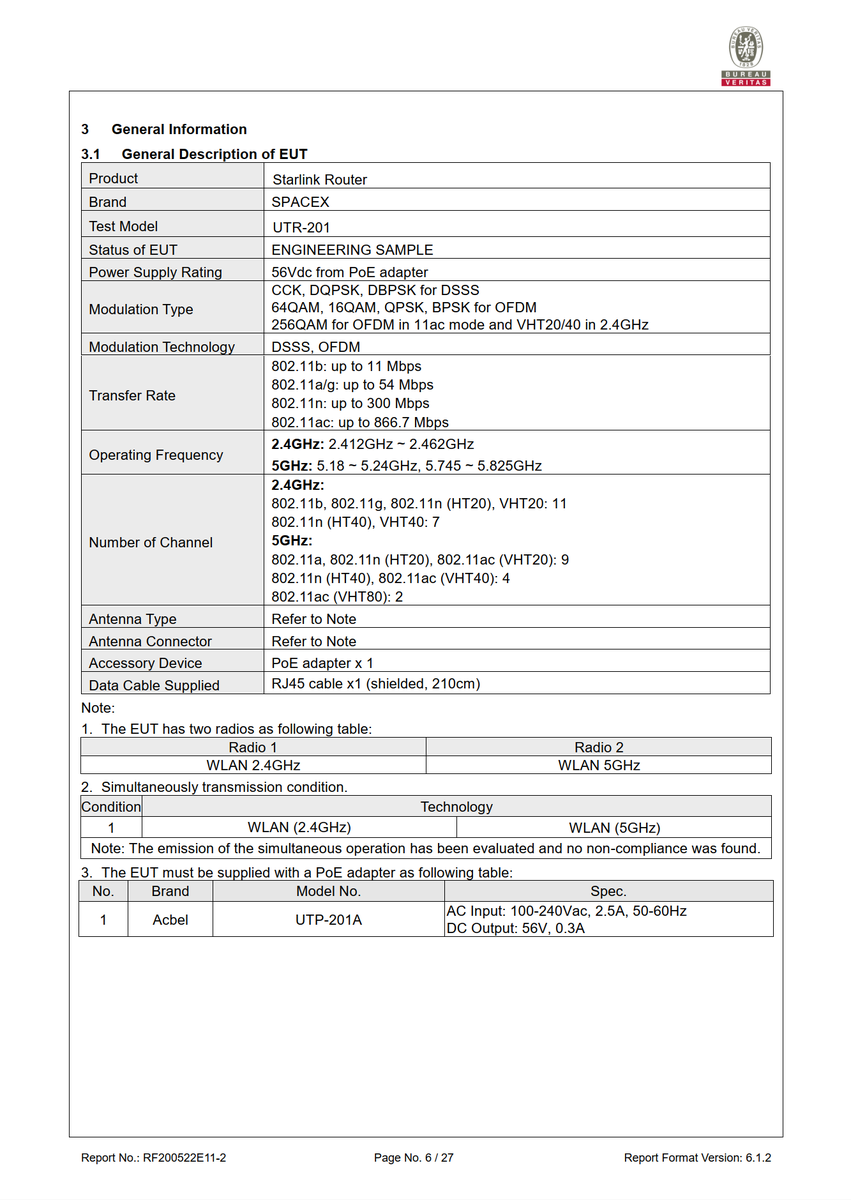 Starlink has to apply to each country's telecom authority for permission to operate equipment.
e.g.: https://web.acma.gov.au/rrl/assignment_search.lookup?pEFL_ID=7353760
Application in NSW Australia: 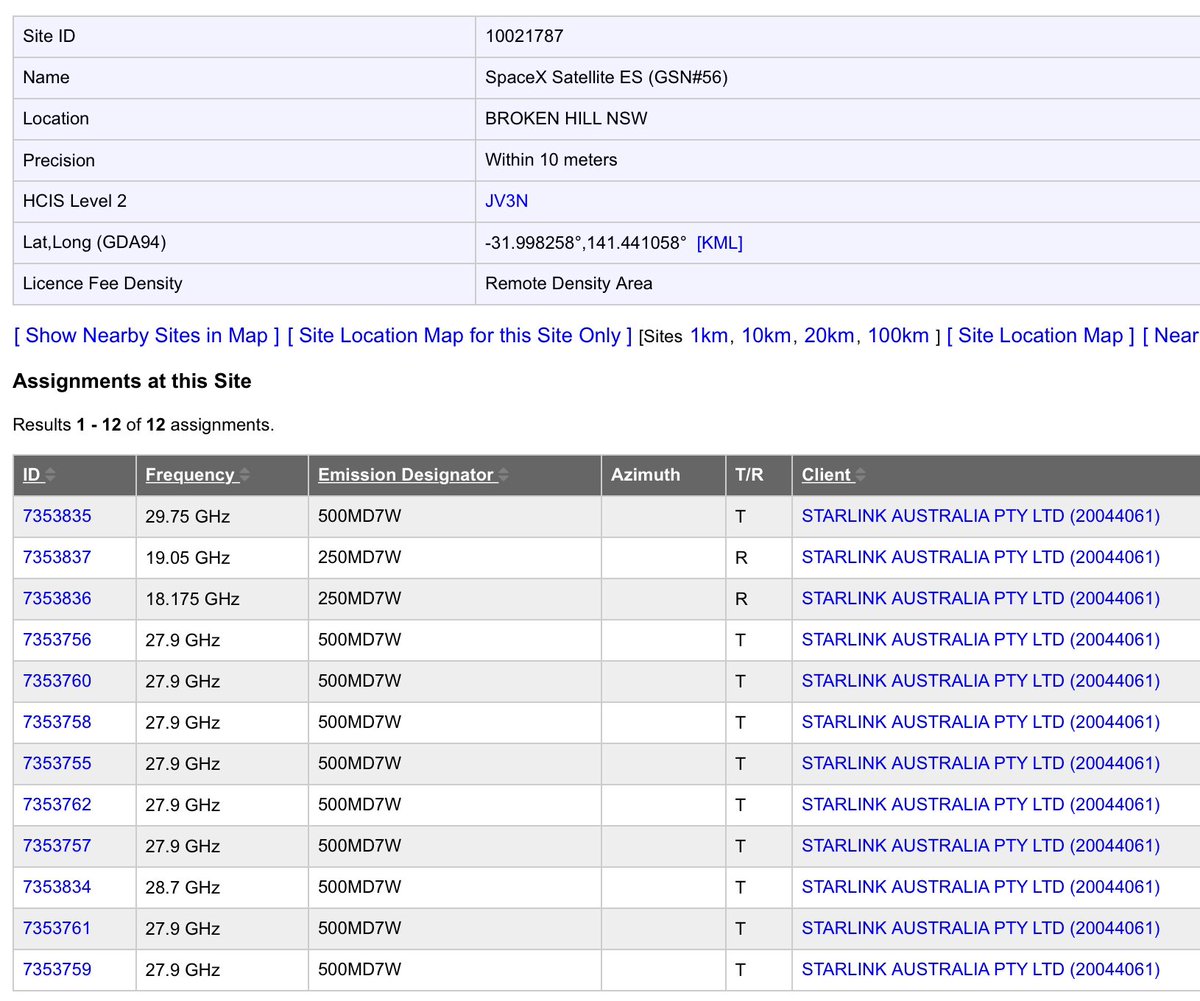 and all i want is CAble tv to have all the adds and sub titles in Fagging English and not this spengleesh Sh1t!
Top

Ben_spanna wrote:and all i want is CAble tv to have all the adds and sub titles in Fagging English and not this spengleesh Sh1t!

Yeah, some of us still have cable ! LOL
Top

What are the speeds supposed to be eventually? Because that speed quoted in the article is crap compared to my ISP
Top

The point of Starlink is to provide internet access to remote areas that do not have access to broadband internet because infrastructure is lacking in those areas. The test name is literally "Better than nothing." We already have such local alternatives in Trinidad like Green Dot and RvR which work by satellite linkups by renting bandwidth from an existing satellite company. That geosynchronous satellite network would only cover a dedicated limited latitude.

But think about the middle of the Amazon jungle in Guyana, or somewhere in Haiti, the remote desert in the middle of Arizona, or a ship anchored at an island in the middle of the Pacific. Starlink is offering a service that did not exist there before. They are using their own dedicated satellite network which has many more nodes and was set up with the intention of global coverage, rather than just renting bandwidth from an existing limited satellite family. They even already stated that service can be intermittent, like existing satellite internet. The people who are living in the middle of Moruga forest may be the ones to perhaps consider Starlink after Green Dot and RvR, but not regular urban users that have access to telephony lines.

Surprised that not many here seemed to understand that concept, and I'm not sure of how Starlink is going to "save us." We have good reliable internet service and are spoiled for ISP choice for those who do have access. In the future Starlink may provide cellular 5G global coverage, and that is when i can see that they're going to save us by bypassing the terrible local mobile providers.
Top

wake me up when starlink trinidad ltd is formed

u comparing starlink to greendott?

but ent directv does only offer cable and not internet in trinidad? despite offering it in the US?
Top

Yes. But what Starlink has to do with Direct TV?
Top

maj. tom wrote:Yes. But what Starlink has to do with Direct TV?

they both would be subject to the regulator, TATT. which is probably the reason directv doh offer internet
Top

Regulation is not the problem.

Green Dot and a few others offer satellite internet in Trinidad and are subject to the same regulation.
Top

Direct TV does not offer satellite internet in the USA.
Top