and if so, " can get back on track and race", surely the supporters who make up up the non-members are not all going to go back on the track to race...

and if so, " can get back on track and race", surely the supporters who make up up the non-members are not all going to go back on the track to race...

Sooo whether or not these people want to be associated with ttasa, or rather the ‘management’ of ttasa (the latter of which even a blind man can see why)...you’re saying they have no choice?

not even that, but the bs statement of 3k members...imagine of the minister asked for documented evidence of your membership, or asked where all that membership money went.....why not just be honest and say shutting down the track will have a ripple effect on the economy, from parts shops to tuners to dynos, to racing fuel and parts dealers, to caterers, tent and infrastructure rental companies, corporate partners who invest marketing budgets, tyre companies, so many ways to build a compelling case if you try to break away from the entrenched culture of spinning booshid behind a veil...but nah, come on tuner and attack people who don't subscribe to your rubbish
Top

TTASA has acquired Wallerfield International Raceway as a PERMANENT home for Motor racing in Trinidad & Tobago!

Details are being worked out, however assurance has been given that permanent structures can now be erected, running water and electricity etc.

TTASA has to give up the lands at Waterloo as part of the agreement but Wallerfield is in a much better state for racing at this time.

TTASA will still pay eTeck an annual rental fee and operate as tenants however the Ministries of Sport and of Trade ensured that this will be the permanent home of all disciplines of Motorsport.
Top

Thanks to paula gopeee spoon
Top

I'll believe it once the legal paperwork in order. Make sure it have no loopholes TTASA!
Top

Get all the formal documents in place and ensure the venue is properly supported legally.
A permanent secure racing facility would certainly enhance opportunities for sponsors and other possible financial stakeholders.
Appoint a TTASA team whose responsibility would be to relentlessly work with the states agencies to have signed executed 'rights'.
Financial self-sufficiency must be the next big objective.
Top

Thats very good news!!!.......its up to the motorsport fraternity to get together to build something, rather than fight down each other and end up with nothing again.....
Top

Something is not right...how can it be said permanent when you still have to annual rental fees for useage?

As in any rental you will be evicated if you don't pay then what happens with the "permanent" structures??

Congrats,Great work Navin, Fyzool et al..and of course thanks to the Govt and Ms. Cudjoe a lady that has endured so much attempted ridicule but constantly proves to be a reasonable forthright person and one of integrity.

ramfab2000 wrote:Something is not right...how can it be said permanent when you still have to annual rental fees for useage?

As in any rental you will be evicated if you don't pay then what happens with the "permanent" structures??

So better facilities to be expected ?
Top

well, not sure how much the ministry of tourism is wading into this. are the just granting certificate of comfort for ttasa to squat legally, or are they joint venturing into the business.

at the end of the day, ttasa get an excuse to pass round the collection plate....
i only suggest, u count how much gets collected, and compare it to the bills for works done materials bought.
Top

TTASA is tonight flying the chequered flag, after nailing an agreement that makes Wallerfield international raceway the official home of motorsports.

This happened too easy as tho there was never an issue in the first place, seem to me like a political game, glad to know that they can start development.
Top

I kinda feel the same. But hey, at least it's an improvement in the situation.
Top

All in the politics. Scoon stress on keepin the place clean as sitr visit sunday showed garbage still there from last ttasa event.

Rumor is a 30 year lease and yearly rental fee

But i could be wrong
Top

Nice to see MG Man back in the talks.
Top

I does seem so ent. What part of the voting populace were they hoping to appease though?
Top

I does seem so ent. What part of the voting populace were they hoping to appease though?

Fairly straightforward...sensational news of woman killed by drag racers on the highway...if track shuts down and ttasa or whomsoever go public, it’ll reflect badly on the govt not providing a safe avenue for motorsports.

All things said, well done ttasa and the government...fingers crossed they don’t repeat the mistakes of the past
Top 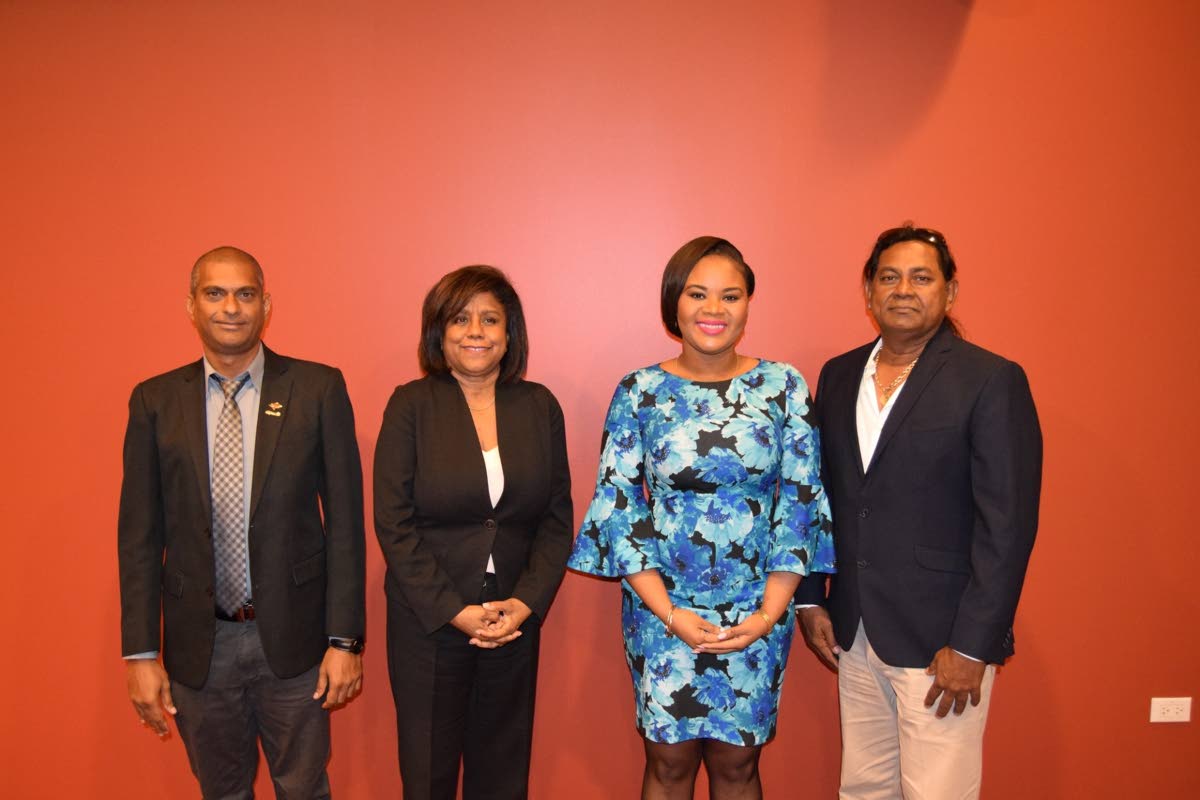 THE Frankie Boodram Wallerfield International Raceway (FBWIR) will continue to operate as is, at least until the end of this year, while plans to create a permanent home for racing at the Tamana InTech Park, Wallerfield, are explored.

This was announced yesterday by Minister of Trade Paula Gopee-Scoon at a media conference hosted by Minister of Sport Shamfa Cudjoe and attended by officials of the TT Automobile Sports Association (TTASA), including president Fyzool Madan and vice-president Jameer Ali, at the J Hamilton Maurice Room, at Parliament, International Waterfront Centre, Port of Spain.

There, it was announced that Evolv­ing Tecknologies and En­ter­prise De­velop­ment Com­pa­ny Lim­it­ed (eTeck), which falls under the purview of the Ministry of Trade, has agreed to a three-month extension for racing effective October 1. The revelation came after discussions between all stakeholders were held yesterday morning at the Ministry of Sport.

“All parties have noted the need for the facility and racing activities to coexist. TTASA have received a three-month extension for motor racing activities until December 31st, subject to terms and conditions that must be satisfied with eTecK,” said Gopee-Scoon.

“We brought it to a three-month extension as there are some issues regarding the land, which is now occupied by the fraternity. So we took the decision to allow it to continue as it is so that plans for the different meetings, which will take us to the end of the year, can be accommodated,” Gopee-Scoon said.

According to the minister, the association has agreed to provide the Ministry of Sport with a strategic plan for the industry within two weeks.

“The public will recognise that Government had agreed to the resumption of activity regarding the construction of the Alutech Research and Development Facility wherein the housing of our manufacturing plant for the production of alloy wheel rims from aluminium will be resumed. This activity begins on October 1 and is likely to last one year.” According to the Trade Ministry, a survey is currently being conducted which will guide the necessary allocation of a 30-metre buffer to the Alutech facility and the possible extension of lands to accommodate both drag and circuit racing. Long-term lease arrangements would be subject to a CEC approval and the necessary insurance arrangements must be in place. “Therefore, the three months will give us the time to settle these issues. Alutech has already undertaken a survey so that we can be very clear about demarcations for operation of either facility; that is, the motor racing facility and also the Alutech manufacturing facility,” Gopee-Scoon said.

“The drag strip at this time is in the way of the buffer zone. Therefore, again, a survey plan and the proceedings thereafter will sort out exactly where the drag strip will be located even if it requires that an extension of land is required... This will be done. So the idea is that both drag racing and the motor racing circuit will be facilitated by Government at Tamana eTeck Park.”

Gopee-Scoon added, “There are two relationships to be monitored: one is landlord, which eTeck will obviously have to do and which they haven’t done a very good job at I would have to admit, because there has been some serious encroachments on the lands, which were not allocated under their license agreement. That being so, we understand where we are and this is the reason why we have agreed to extend for the next three months, as is. Come January 1, 2019, it’s going to be different.”

She reiterated that conditions will need to be adhered to by the TTASA because of concerns for the safety of those at the manufacturing facility during construction and those at racing events.

With a permanent place for racing now being offered, the talk about the location at Waterloo is now off the table and this has been agreed by all parties.

Both representatives of the TTASA executive, Ali and Fyzool said they were happy for the extension on the agreement and signalled their intention to fulfil the requests for a strategic plan by the Ministry of Sport.

Users browsing this forum: No registered users and 111 guests