since there already is a "murder only thread" & a lot of non-murder crime is also taking place on a daily basis in T&T : maybe we can post it here instead of making multiple threads .


happen this morning in sando ... look how fast something can happen

Look how this ched gonna reach 100 pages real fast...problem is we are only going to get what is reported or recorded...
Top

Well according to local crime stats this thread is very relevant especially seeing the victims of such are too often innocent contributors to society.
Top

Sad part of these countless robberies is that nothing is being done. So many videos and the faces are recognizable, yet these men still roaming around.
Top

what cause this skirmish ? ... https://www.facebook.com/westindiansent ... =3&theater


can somebody teach me how to post fb vids here ...

matix wrote:Sad part of these countless robberies is that nothing is being done. So many videos and the faces are recognizable, yet these men still roaming around.

That's cus the higher up are in on it.
Top

The comments in that video is mind blowing...
Top

Real kicks in the comments section yes. This one take the cake:

With regard to the robbery yesterday, passed though High Street this morning and at least a couple of Jewelry stores have changed their procedures: Doors now locked and security screens before letting customers in.
Top

Don't worry the usual Red and ready Crew will say that, because if you don't report it, it isn't happening.

pee N emme in power- that says it all, crime started from the TOP right there the moment they won erections!
Top 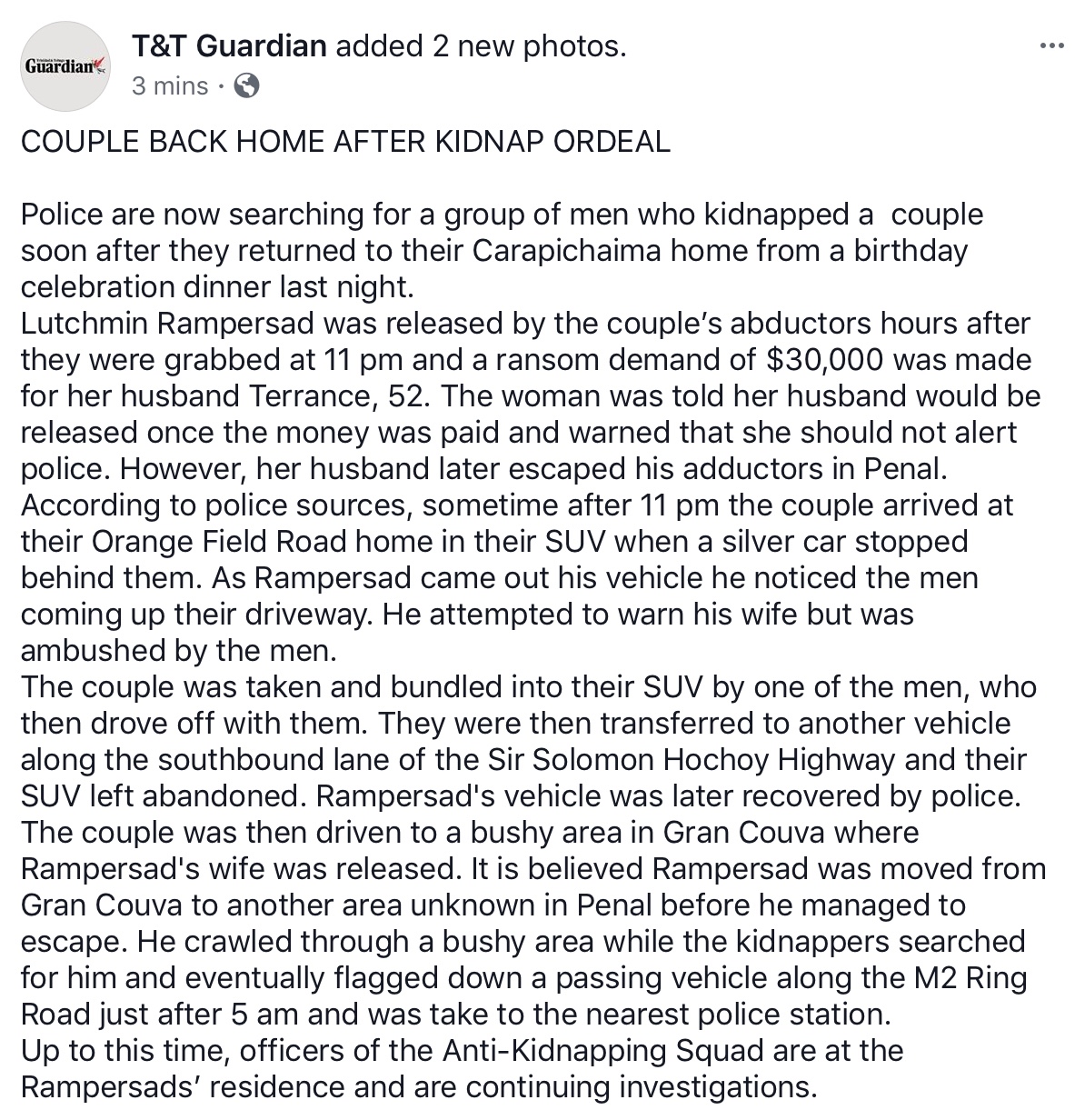 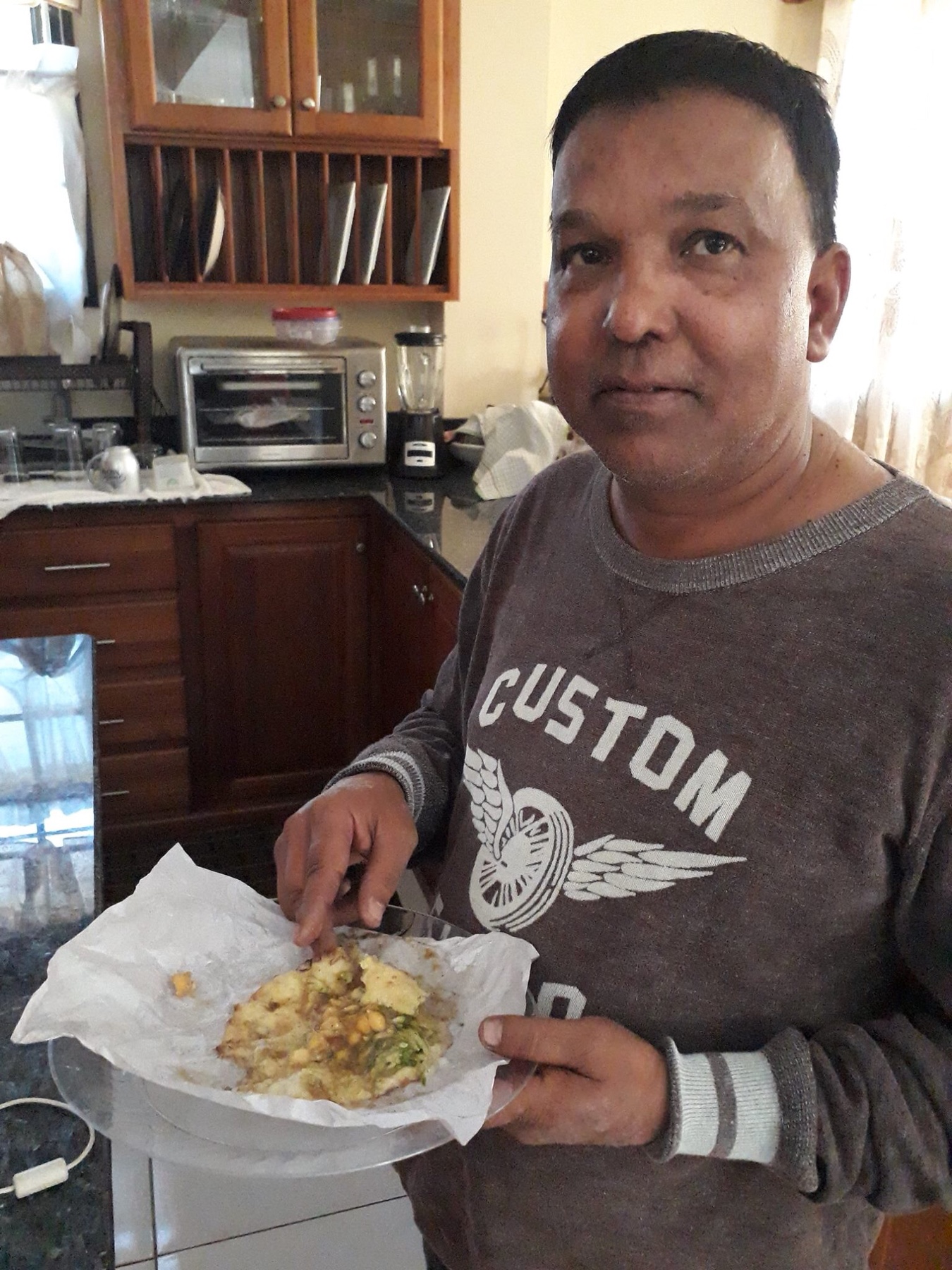 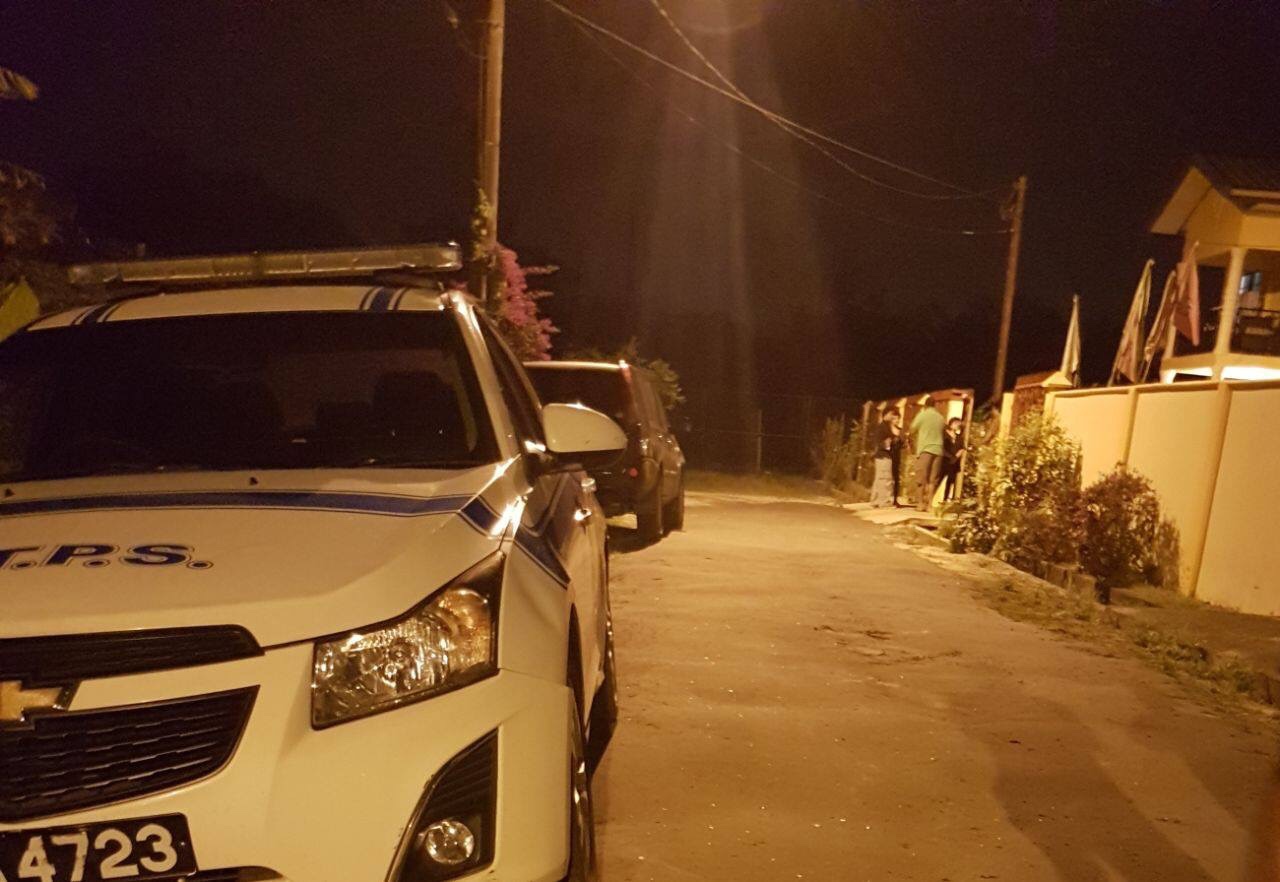 if you have official sources (link to article or social posts), please share.
Top

If someone could share the sit reps from ttps which are posted on a daily basis you all would be mind fcked as to the amount of nonsense actually going on in trinidad.....so much things are not reported
Top

Ttps killed two men in morvant this morning...residents are presently blocking the roads with burning debris in the vicinity of coconut drive
Top

Customs Officer charged with importing US $150,000

A Customs Officer 2, with over 15 years’ service with the Customs and Excise Division, is expected to appear before an Arima Magistrate on Thursday, charged with the March 12 importation of prohibited goods and importation of concealed goods to deceive Customs officials.

Radesh Ramnath 44, of Penal, was arrested at Amerijet Caribbean Express Limited Bond Piarco, after US$149,960 in cash was allegedly found concealed in seven packs of Hanes vests, in a manner calculated to deceive Customs officials, contrary to the Customs Act.

Police should go in there and just level shoot everyone who,protesting the killing of those 2 thieves.
Top

protest for 2 police related killing : no protests for d 4 ppl who got massacred yesterday .... hmmmm
Top

POLICE have arrested three of the men they believe were involved in Tuesday's robbery of a jewellery store at High Street, San Fernando.

Three men ran into RT Jewellers at around 10.45a.m, pushed the security guard to the ground and in less than 30 seconds, smashed the show cases and stole the jewels.

Shoppers and store workers were traumatised by the attack, and the men left with valuables worth hundreds of thousands of dollars.

The criminals walked out of the store and through nearby Carlton Centre.

Officers of the San Fernando CID responded and obtained CCTV footage from the jewellery store and adjacent businesses to track down the thieves.

Senior Superintendent Zamsheed Mohammed said on Thursday that three men were in custody, and some of the jewellery had been recovered and identified by the owner.

More suspects are being sought, he said.

Almost two weeks after her “black” feet made social media headlines and memes, Fay Ann Lyons launched a scathing attack against her critics yesterday, questioning their silence in the face of four brutal murders in La Brea, overnight.

A 69-year-old landlord, a female tenant, her daughter and a 14-year-old female friend of the woman’s daughter, were attacked, chopped and in the case of the elders, bludgeoned to death on Tuesday. Lyons-Alvarez, never one to be silent on matters of social interest, lashed out via a meme that featured the ever contained, Kermit the Frog as he sipped his usual tea. The meme expressed, “One set ah mouth for a foot. Murders in the country- they quiet.” It was all she needed to post to get the public stirred up.

In Trinidad and Tobago, the escalating crime situation bears heavily on the entertainment landscape, with many often lamenting the fear of venturing into certain areas and to certain events based on security concerns. Fay Ann Lyons hastened to chastise the critics yesterday, arguing that her physical appearance had seemingly churned up so much more attention than a situation that certainly warrants much more social interest and dialogue than the appearance of her feet.

The support was definitely relayed to the “Raise” singer, many accepting her point of view and reaction, though via meme. Lyons-Alvarez has maintained a strong position in the Caribbean’s entertainment arena, this despite being one of the most harshly critiqued entertainers in the Diaspora. Her slogan, “stay weird” echoes each time she posts to social media, making it abundantly clear that no matter what the world thinks of her, she will be herself in the face of it all.
Top

um ppl forget she since wk b4 so why she drawing back attention to herself ......
Top

Rovin's Audio wrote:um ppl forget she since wk b4 so why she drawing back attention to herself ......