I suppose if they answer it, then Ur sure it's fraudulent police.
Top

I suppose if they answer it, then Ur sure it's fraudulent police.

I have actually done this.
Top 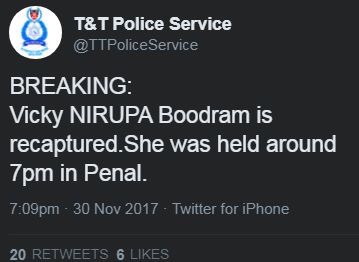 She lehmeh down deh
Top

Wheeeeyyyy..... She pull an Abu bakr... Start off hot and sweaty, then Jess bubble down.
Top

Kinda thinking / hoping the person in penal is a decoy, misdirection.
Top

I was expecting a more epic ending. Sadly no dams in penal

*$kїđž![emoji769] wrote:He has to say some BS like that...he was in love...like if he will tell them thar he get a million to do it. U want the man to lose he wuk and the million too officer is very smart...lol

How you know he get a million ?

Yeah ok he do it for love

of course i am speculating but obviously payments must be substantial..
Top

sMASH wrote:Kinda thinking / hoping the person in penal is a decoy, misdirection.

if is one thing, these days u see ttps making a lot of arrests.
Top

Police have found escaped fraud accused Vicky Boodram. She was hiding out in Penal, not far from her family home in Siparia.

She was arrested at around 7p.m.

Boodram is expected to be taken to the Port of Spain CID where she will be questioned about who helped her leave prison on Monday evening.
Top 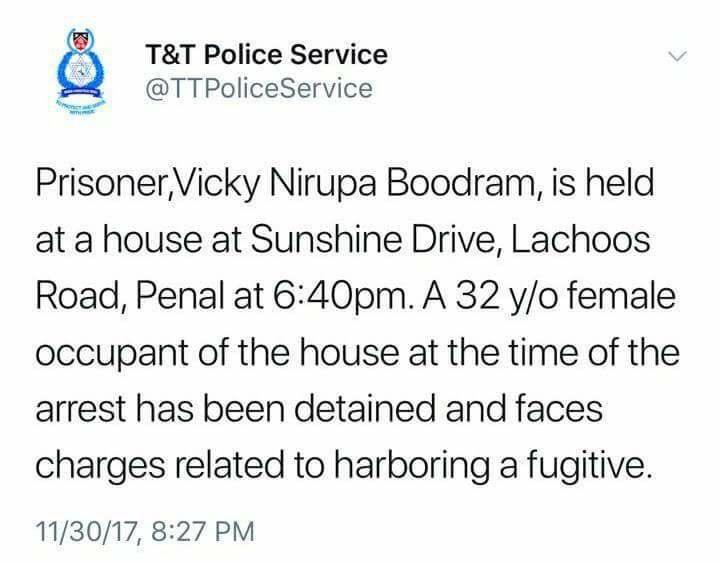 It was kind of dis-appointing to think you went through all of that and you couldn't get out of the country....good to see the TTPS getting results though.

The movie in my head just ended. Hate those movies with those fcuked up endings.
Top

They tracked her to the house at Sunshine Drive, Lachoos Road, at about 6.40 pm, tracing calls she had been making on a Digicel cell phone. A woman, 32, was found with Boodram.

Her escape from the Women’s Prison, Arouca captivated the country as Boodram, 35, was aided by two police officers who, at about 5.15 pm on Monday, presented what now appears to be fraudulent court documents to prison officials stating she was to be taken to night court at the Tunapuna Magistrates’ Court. After releasing Boodram into their custody, prison officials subsequently received a call that she had been granted bail, rousing suspicion when she was not returned to the prison.

A policeman yesterday confessed to helping Boodram because he had fallen in love with her. The second officer, a woman, remains in custody as the investigation intensified with a lead that Boodram had been taken to south Trinidad.

Boodram, who is from Siparia, is on 175 fraud charges in which she is accused of fleecing $5 million from customers who had booked cruises with her now defunct travel agency. Charges include money laundering and falsifying documents. She now faces an additional charge of escaping unlawful custody.

Boodram offered no resistance when a joint team from the Organised Crime and Intelligence Unit (OCIU), Port of Spain CID, South Western Division CID and Task Force surrounded the house in Penal last evening. Deputy Police Commissioner Harold Phillip supervised the capture of Boodram and the arresting team was led by ASP Edwards of OCIU.

On the way to the station, Boodram asked officers for a dinner mint but was not given any. On arrival she and the woman were placed in a cell. Boodram smiled as officers spoke to her. At about 9 pm, the joint team left the station with Boodram and sources said she would be taken to Barataria Police Station. Her accomplice would have remained at the Penal station facing a charge of harbouring a fugitive.

“On behalf of the Government and citizens of TT, I would like to congratulate and thank the TTPS, the TT Prisons Service and all other law enforcement agencies that worked together to recapture escaped prisoner Vicky Boodram. We await the outcome of their investigations surrounding her escape,” he said.

Residents who live near the station appeared not to be aware that Boodram was in custody. Outside was quiet as there was no additional officers at the station, however the entrance to the building was closed.

(This story has been updated) 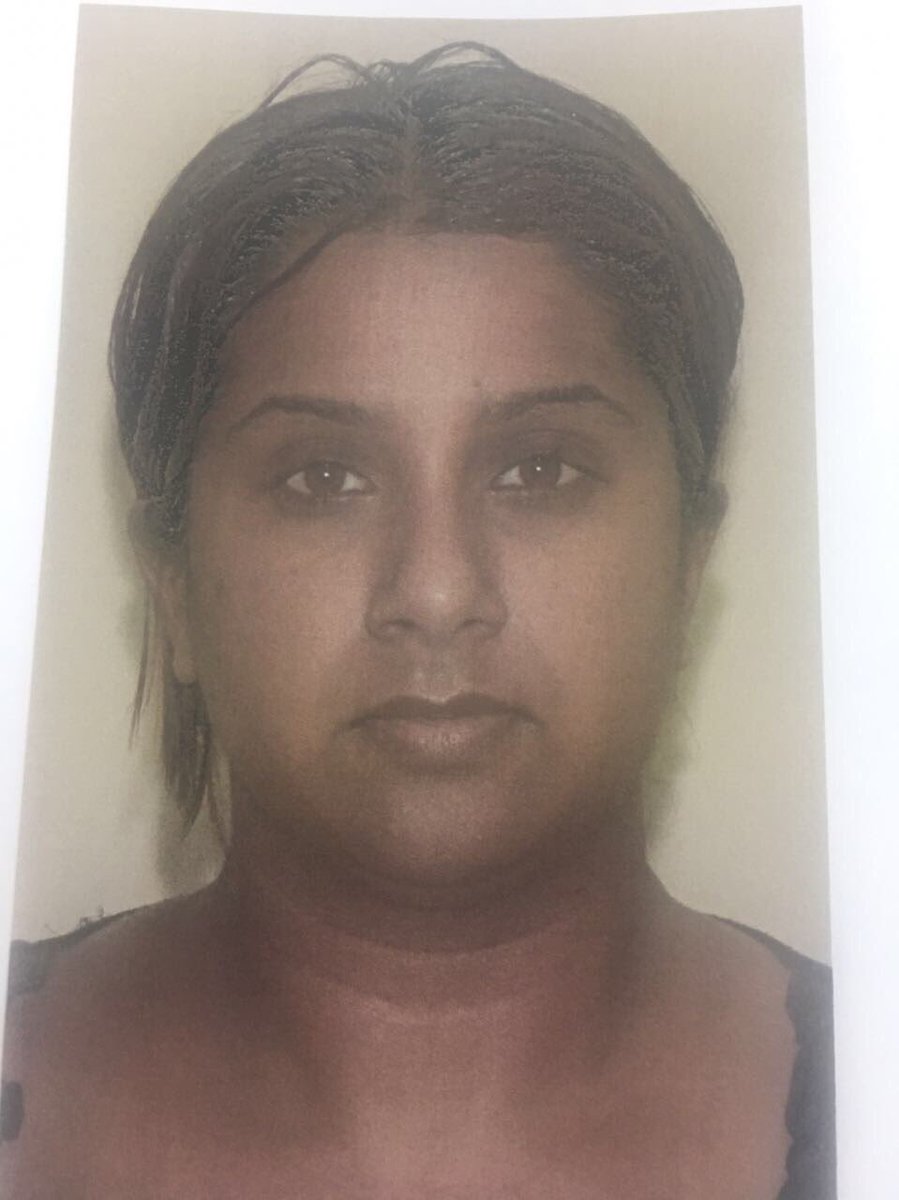 
A police constable detained in connection with the escape of remand prisoner Vicky Boodram confessed yesterday to the Professional Standards Bureau (PSB) that he hatched a plan to allow Boodram to escape because he was in love with her. 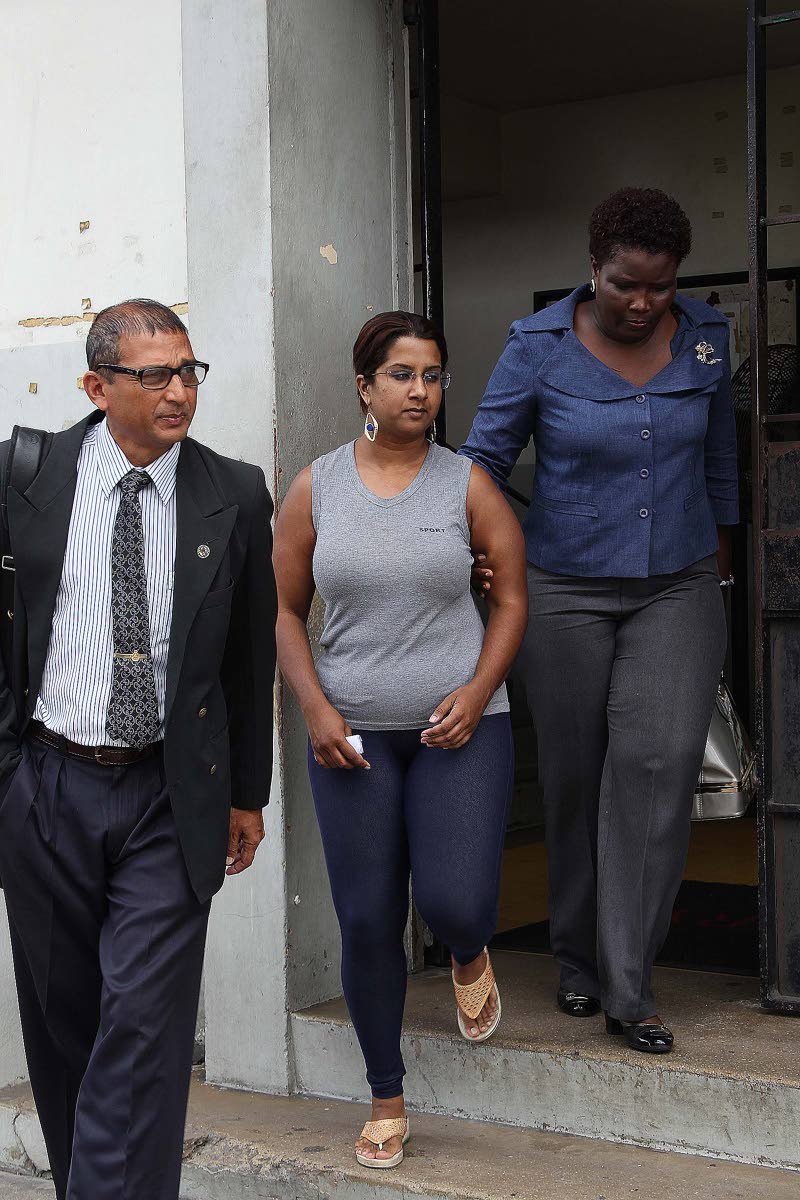 The constable said he and Boodram carefully planned the escape which included falsifying a court document, planning where she would spend the night after leaving prison and her next move – changing her appearance and identity to escape recapture. The officer gave a statement after the PSB confronted him with information that he was seen leaving with Boodram in his Nissan Almera car on Monday afternoon. The constable said he knew Boodram before she was arrested and was intrigued by her physical appearance and smile.

Sources said he began visiting her when she was incarcerated and wrote letters to her. It remained unclear how he was able to discuss the escape plans with her, but investigators believe she may have had access to a cellphone.

The policeman’s cellphone which was seized during his arrest on Wednesday, was being examined yesterday. On Wednesday, an MTS security guard interviewed for several hours by the PSB, said he saw a police constable arrive at Tunapuna court on Monday afternoon with Boodram seated in the back of a dark blue Suzuki Vitara (PDM 3335), at 6 pm, which proceeded to the cell block area in the basement.

He was unable to verify whether Boodram was put in the holding cell, but was certain there was no one else in the basement because the court had closed at 4 pm and staff had already left for the day. The MTS officer said he saw the constable leave the cell block area in the same vehicle, without Boodram, heading in the direction of the Tunapuna police station.

Colleagues of the constable reported seeing him park the Vitara at the station and added he made no entry in the station diary, but told an officer he was leaving for a short while and would be back. The MTS officer added that the constable returned to the court about five minutes later, walked to the cell block area and drove out in his Almera with the person who appeared to be the female prisoner.

The MTS guard said he knew the constable because he often saw him in the court with prisoners and could not believe he might have been involved in the “great escape.” Police also verified that someone fitting the description of the main suspect was seen with Boodram outside the Siparia Magistrates Court on Tuesday.

On Wednesday at 2 am, the policeman was detained at his Arima home and taken to PSB offices in Port of Spain. In an initial interview he said a senior officer instructed him to bring Boodram to the Tunapuna court on Monday afternoon. He said he did nothing wrong and was just following instructions.

However, on examination, the court note to that effect which had a legal stamp and signature, turned out to be bogus. Investigators discovered yesterday that it was an original court note which was altered and scanned to make it look like an authentic document. Prison officers presented with the court note did not realise it was fake and that was why Boodram was allowed to leave the prison.

Sources said after Boodram was picked up from the prison by the two police officers, the female officer was dropped off on the bus route in Arouca shortly before 6 pm.

This officer, who was detained on Tuesday, said she had no idea she was being set up by the policeman to assist in his plan to have Boodram illegally released.

lol everybody in this story has been remarkably stupid. That poor fool of an police constable who fell in love with this high mileage prison lesbian. The people who tried to "hide" her.

Vicky Boodram turned out to be the stupidest though, didn't even have an escape plan. She went back to living life like normal using phone and eating in public. Like she couldn't even watch the Breaking Bad series in prison?
Top

Hoss not everyone is a major unno.
Top

Yeah but only high profile cases. If you can't find your loved one when they go missing they will say they have no equipment, cars or manpower.
Top

Clearly. They find who they want to find.

Vicky real let me down dey yes......failure, total failure. I and so many more saying she done gone Venezuela and doing plastic surgery and moving in ah two months again.
You gone muddac.unt Penal.

Years now. If you watch kidnapping cases locally you would see they have decent capabilities.
Top

Should have gone down in a blaze of glory...
Top
Advertisement
Post Reply
266 posts