Senior Counsel Dana Seetahal was just murdered in what appears to be a hit. shot 15time in her vehicle on O'Conner St, Woodbrook...
Top
Advertisement

I now hear about it. Two guys ambushed the car about 12:30 and rained bullets.

A guy really did say here like GTA.
Top

Nah I doubt it
Top

vehicle is still parked in front the Woodbrook Youth Facility lights on, Police have cordoned off the area
Top

Once Williams say is so is so! What d hell going on in this country,
This comes to mind 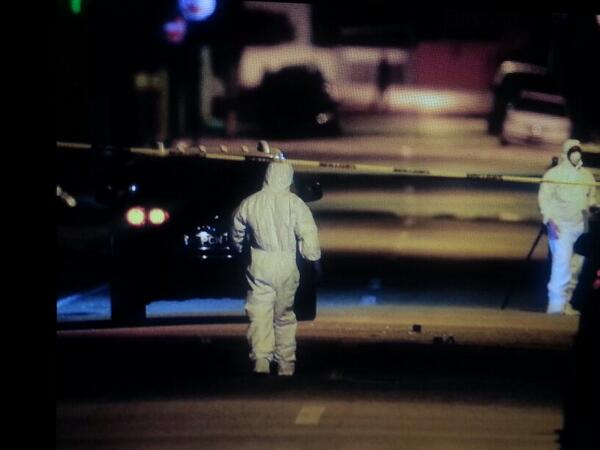 At about 12:05 a.m. senior counsel Dana Seetahal was in her Volkswagen SUV proceeding north along Hamilton-Holder street, Woodbrook when upon reaching the vicinity of the Woodbrook Youth Club two vehicles pulled alongside her causing her to come to a stop.


One of the vehicles, a Nissan Wingroad, then drove ahead a short distance and pulled across the road, blocking it. The other vehicle which was described as a panel van pulled alongside and the occupants of that vehicle pulled out their firearms and opened fire on the SUV.


The two vehicles then sped off and made good their escape.


Residents of the area, on hearing the gunshots contacted the police and emergency health services. However, despite their swift response, when they arrived the senior counsel and Express columnist was dead --- slumped along her driver's seat.


Police are currently working on two theories as a result of this killing. The first, and most prominent, is that because of the nature of the incident it was a "hit" arising out of the Senior Counsel's involvement in the Vindra Naipaul-Coolman case.


The other theory is that she allegedly was on her way home after spending some time in a casino. Up to moments ago officers were said to be still at the casino conducting inquiries.

Ag Commissioner of Police Stephen Williams, when contacted by the Express a short time ago, said he was shocked.


"It's shocking. Crime is a concern especially violent crime. It's a shocking incident, one you least expect.

"I had a conversation with her at around 12.45 pm on Saturday and everything was fine.

"We need to work as a country together", Williams said.

The top cop said he had been apprised of the killing, and head of Homicide ACP Wayne Dick has been in constant communication with him.

Williams assured there will be a thorough investigation, and that his officers are on the scene doing a basic investigation.

WTF... This is very unfortunate...


Its really time for some radical changes in Trinidad....
Top

This is very depressing, R.I.P Ms Seetahal, one of the most courageous and brilliant female individuals in this country.
Top

this linked to Vindra case?
Top

^^ so they thinking, its possible. Thats insane tho RIP. Really dunno what going on these days
Top

Was hoping this wasnt true.
Criminals clearly have no fear, they doing it cartel style now, take a bribe or be taken out.
I wonder what the repercussions of this would be, with respect to other prosecuters and police officers who have been threatend.
Top

OMG.....one of the toughest out there. R.I.P
Top
Advertisement
Post Reply
1112 posts