Livebait lil hard these days...i got soke from a bredrin who pull ah sein on monos but it finish off when i take my portion...
Top

to the more experienced folks out there. if you had to choose one among a bowen, fountain or boston whaler, all same length with two 225 hondas, which boat you would choose and why?
Top

i'll choose a bowen.. cuz i like to fish and yeah.. LOL
Top

HSA wrote:to the more experienced folks out there. if you had to choose one among a bowen, fountain or boston whaler, all same length with two 225 hondas, which boat you would choose and why?

Bowen will handle the best in bad conditions, but fountain for style and looks.
Top

Yole i find takes the water alot better than the bowen and i have been in all kinda conditions in all those model hulls...
Top

They don't need alot of power either, saves on the gas as well.
Top

I google yole and i getting a set of canoe and sailboat....u have any pics of what u talking about
Top

It's our local deep v with a circa 60 degree bow.
Top

True, but I thought is only those options he had.
Top

Went an do some deep dropping yesterday...was nice for ah change...caught my first tilefish and caught a real nice ancho with some redfish anf plumbhead... 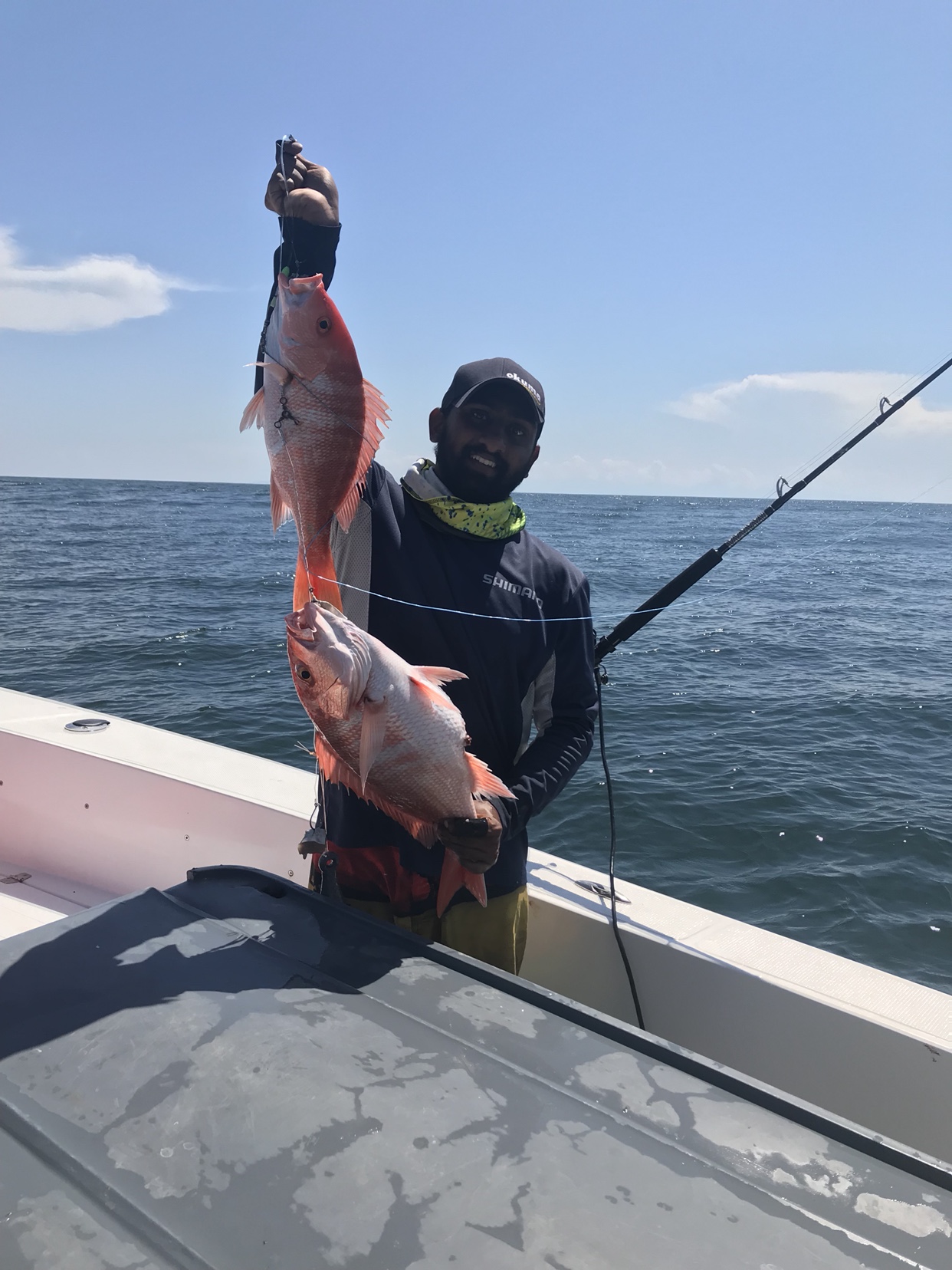 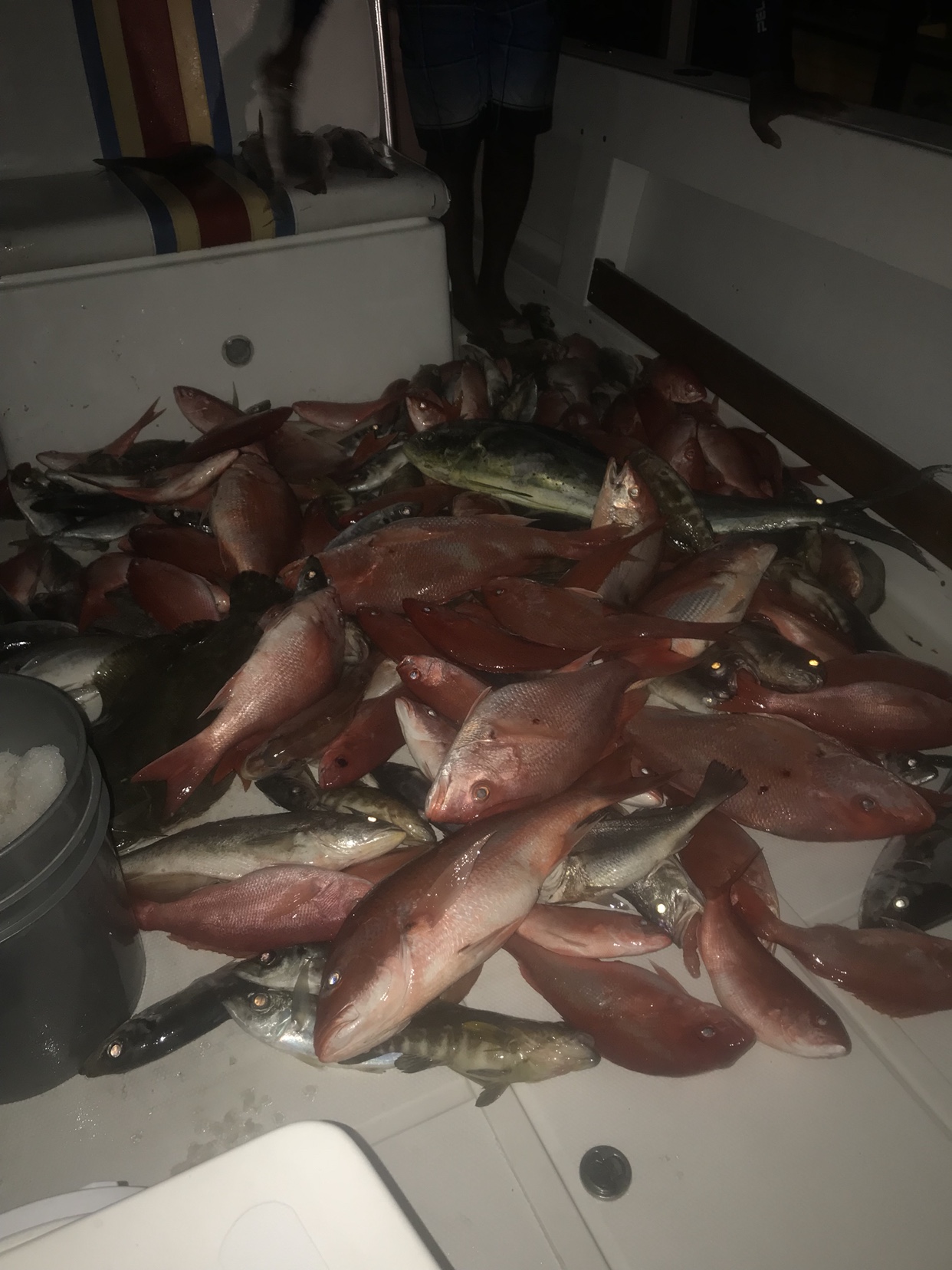 We have 4 species of tilefish here, is to find them lol. That one is an atlantic goldeneye, they prefer shell bottom like the snappers vs the true deepwater tiles. Most people pass over them since they live in holes.
Top

That is ancho boy.

I ate tilefish once years ago, caught some miles north of the first bocas, that fish real real tasty. I not lying when I say it made red snapper taste like cardboard. I had them side by side and tilefish was the winner by miles.
Top

Not much off the tilefish but atleast something to try...

Hey guys looking for some advice. Looking to get into deep water fishing and jigging but have no experience in this at all but I have experience with casters and such. Plan to fish off St Vincent and start with this combo, It seems like a decent combo as I don't really plan on fishing as much just for something to do on weekends. Any advice for a noob who wants to try jigging or a lil trolling on weekends?
Side note: Been watching BlacktipH youtube videos and that's what peaked my interest in jigging really

Something like a 10k spheros and a penn carnage or even a ugly stik tiger lite jig rod is a better beginner starting combo, jigging with conventionals takes a bit more coordination and is more more tiring. The ability to open your bail and have a non revolving freespool is also alot more conducive to the newer and easier flat fall jigs that require a no tension free fall.
Top

Trust me if u gonna do jigging its fonna hav structure around so u need a reel with some stopping power and a gd rod with some backbone...carnage are gd rods, shorter versions better...u can also look at some of the shimano which are more pricey...for reels, u need something with a higher retrieve, makes the work ah lil easier...also depends on the type of jigging u wanna do (vertical speed jigging, slow pitch) gears wud be different...most ppl do speed jigging...
Top

Cold seeps are areas where fluids rich in hydrogen sulfide and methane leak from the seafloor,similar to hydrothermal vents.This fluid provides the energy to sustain large communities of life in hard conditions that exist in the deep sea.

They are oases of life and possess huge abundances of unique endemic animals.

Dr Amon, a postdoctoral researcher and lead scientist in the first locally-led deep-sea study here in T&T described these sea communities as “absolutely amazing” while Dr Gobin, lecturer in Marine Ecology/Coastal Ecosystems Management in the Department of Life Sciences at The University of the West Indies, said she is “pleased to engaging in this cutting edge exploration.”

At the seep sites which were named after two Trinbagonian female folklore characters:La Diablesse and Mama D’Leau, 83 species of animals were recorded including purple octopus, a white sponge and an orange anemone.

Take a look of some of the species documented here.

2. A new species of Graneledone octopus seen by its Bathymodiolus shell midden at “Dome 1"

6. The methane seep on “Dome 2” containing methane hydrate under an authigenic carbonateledge surrounded byBathymodiolus childressi,Lamellibrachiasp. 2 and other fauna.

7. Bathymodiolusshell aggregations, which can sometimes have discrete bushes of Lamellibrachiasp.

great stuff! awesome stuff! Blue Planet on Netflix had an episode that dealt with the methane seeps and whatnot and the life it sustains underwater, should look at it to get a picture of the kinda stuff going on down there!
Top

Some fishing from the 26 th October till now...

Yea yea, the tarpon got hooked bad so we end up keeping them to eat, it didn't waste...
Top 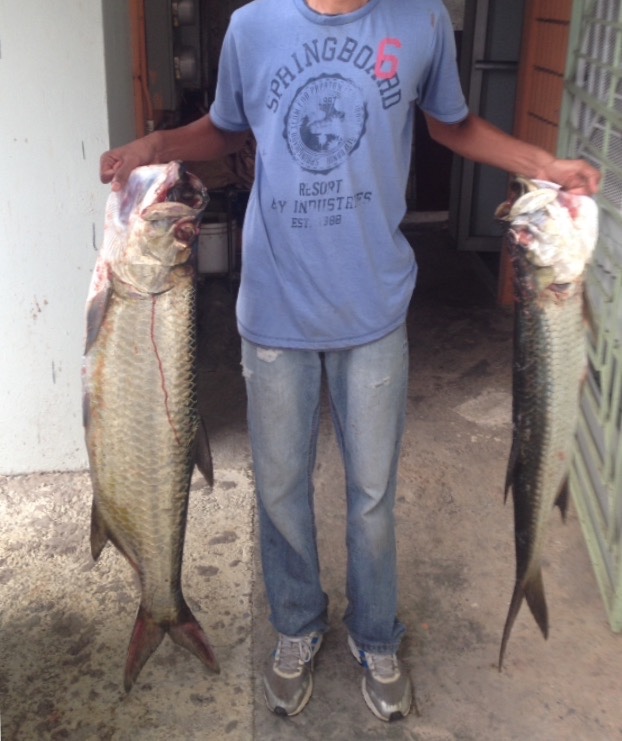 They got hooked bad so they bled a lot but honestly it is better to keep the smaller tarpon if u hv to keep any at all rather than the large breeding males and females....
Top